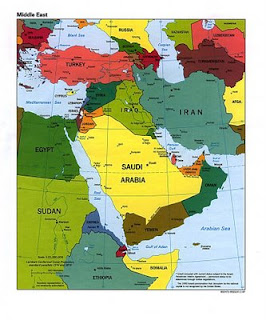 We have taken Dubai as our location to equate the cost of living to the rest of the world. Each emirate in the UAE have slightly different practices. Most companies provide, reimburse or provide an allowance, for benefits such as Healthcare, Housing, Schooling etc. These benefits are usually determined by your job and family status and varies by company and sector. When using the calculator, you need to select which of the basket groups is applicable to your circumstances and this will determine the equitable salary.

Dubai has an overall High Cost of Living. The overall cost of living index is comprised of the prices for defined quantities of the same goods and services across all 13 Basket Groups. Dubai is currently ranked 7 overall, most expensive place in the world for expatriates to live, out of 276 international www.xpatulator.com locations. The exact customised cost of living index for Dubai is based on the Basket Groups that you select in the Calculators.
In terms of the relative hardship people are likely to experience, assessed in global terms, Dubai is ranked as a minimal hardship location. The exact customised hardship index premium for Dubai is based on the comparison location that you select in the Calculators.

I will equate, a few more Middle East countries tomorrow.....
Posted by Internal Cost of Living at 4:12 AM 1 comment:

Labels: Cost of living in Dubai

Moving to The United Arab Emirates

I have had a lot of clients looking at moving to The Middle East, in my first blog on a country, I will focus specifically on The UAE.

It is a union of seven small Arab emirates.

LOCATION: The United Arab Emirates is in the Middle East, bordering the Gulf of Oman and the Persian Gulf, between Oman and Saudi Arabia.

ECONOMY: The United Arab Emirates has a highly industrialized economy. Although the UAE is becoming less dependent on natural resources as a source of revenue, petroleum and natural gas exports still play an important role in the economy. A massive construction boom, an expanding manufacturing base, and a thriving services sector are helping the UAE diversify its economy. There is currently approximately $350 billion worth of active construction projects. Although Dubai's economy was built on the back of the oil industry, revenues from oil and natural gas currently account for less than 6% of the UAE's revenues. The government's decision to diversify from a trade-based, but oil-reliant, economy to one that is service and tourism-oriented has made real estate more valuable, resulting in extreme property appreciation. Large scale real estate development projects have led to the construction of some of the tallest skyscrapers and largest projects in the world such as the Emirates Towers, the Palm Islands and the world's tallest, and most expensive, hotel the Burj Dubai.

Climate
From October to April (Winter) - moderate temperatures averaging 20 degrees.
The temperature peaks in Summer (May to September) up to 49 degrees.
Sandstorms and dustorms are common, while the eastern highlands are generally cooler and rainier.

HISTORY
The emirates had its beginnings in the 18th Century. The economy relied on pearl fishing and trading. In the 1820s, Britain forced the states to sign a series of treaties due to the conflict between ruling leaders and piracy along the coast. They took control of foreign affairs. In 1958, oil was discovered and in 1962 the first exports began. In 1952, the emirates set up a Trucial Council to increase cooperation between the various states and in 1968 Britain announced the withdrawal of its forces.

POLITICS
in 1971, he country became independent, when 6 of the 7 states agreed to form a single country - the United Arab Emirates. In 1972 the last state joined the emirates.
The emirates consist of the following states - Abu Zaby (Abu Dhabi), Ajman, Dubayy (Dubai), Al Fujayrah, Ash Shariqah (Sharjah), Umm-al-Qaywayn and Ras al Khaymah.
Each Emirate has its own Emir who controls internal affairs.
The federal government controls foreign affairs and defence and plays a leading role in the social and economic development of the country.
The 7 Emirs form a Federal Supreme Council, it elects the federation's president and vice president who serve for five years.
The President appoints the Prime-Minister. The country is one of the most liberal and tolerant of the Persian Gulf countries, but is the only one without elected bodies.
It is the 6th largest oil exporter in the world.


Tomorrow I will discuss the Cost of living in the emirates in more detail....
Posted by Internal Cost of Living at 12:11 AM No comments:

Moving around the world has its ups and downs and we must be honest you never really quite know what you are letting yourself into. It takes at least 6 months to settle down into a kind of routine, then you need to learn the rules of the road, country and people (unless of course they are similar to yours), where are the best shops, restaurants, beaches or entertainment, places of interest, etc etc. Even after exploring, researching and talking to other expats and locals , you can still unfortunately get this horribly wrong.

6 months to a year down the road, and you are an expat local, you know where YOU like to go, what YOU like to do and how YOU like to relax. The city is now yours, but getting there takes time and it is this time that we need to give ourselves to settle. Unless you are a nomad or a gypsy, getting used to being an expat can be trying at best.

I would like to try and make this a blog where you can express yourself as an expat, how have you coped, what insight can you give to others on your experiences, how can you help people moving to your part of the world to settle? Do you have something to help people, let them know…….help is all that is needed.
Posted by Internal Cost of Living at 12:38 AM No comments: