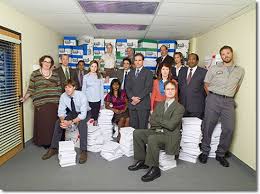 Comparable worth is a principle that states that people who perform work of equal value should receive similar levels of compensation regardless of gender, ethnicity, nationality etc, but with the exception of legally allowable differences such as level of performance, seniority, location based allowances etc.

Jobs have an organization value that can be measured and compared across jobs of widely differentiated content. Tools such as job evaluation can be used to explain these differences in terms of levels of work, skills, competencies, length of training and the amount of responsibility etc.

In the USA, despite the Equal Pay Act of 1963, it is legal to discriminate in pay if the job of one is not precisely identical to the work of another. Critics of equal pay for equal work argue that comparable pay for comparable work (comparable worth) would be far more effective in addressing gender pay differences in the USA. Comparable worth implies “comparing” rather than a precise measure of equality. Employers constantly “compare” jobs internally through job evaluation and externally through compensation and benefit surveys.

In the USA this principle applies largely to gender based pay discrimination. However what about expatriate pay? Expatriate compensation typically uses home salary as the basis of an assignee’s pay. For example, examine two equally skilled, experienced and performing expatriates doing work of equal value, side by side, in a third country. The expatriate from a higher paying / higher cost of living country earns more than their colleague from a lower paying / lower cost of living country. Does it mean that the two expatriates should be paid the same amount to achieve the principle of comparable worth?

SPPP calculates how much you need to earn in another location to compensate for cost of living, hardship, and exchange rate differences, in order to have the same relative spending power and as a result have a similar standard of living as you have in your current location.

No company pays the “market rate”, because there is no single universally accepted, appropriate rate for any job. Actual pay is influenced by market related targets, competition, perception, retention fears, circumstance and legacy. Expatriate pay is further influenced by cost of living, hardship and exchange rate differences. Whether we have comparable pay for comparable work or equal pay for equal work or even equal pay for equivalent work the principle is the same. People who perform work of equal value should be rewarded equally without discrimination. In the case of expatriates this implies salary purchasing power parity.

Posted by Internal Cost of Living at 11:10 AM