What do you miss about Home? 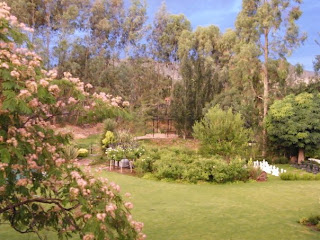 Initially there is the interview, the prospect of something new on the horizon, the excitement of travel, of the unknown. There is a flutter of energy that embraces the family as possessions are sold or stored, clothes and personal belongings are packed and plans are made to travel to this new and exciting foreign destination.

You can feel the anticipation in the air, it travels with you on the plane, steps out onto the tarmac and into the airport.  Your expectations are high as you get whisked away by the new companies driver to the hotel where you will reside for the next few weeks until a home is found, furniture is bought or your container arrives, working visas are completed and work life begins.

That first day of work arrives, that sensation of your first job resurfaces, you feel nervous and anxious and slowly settle into the new culture, the language barrier, the new hours, the new colleagues, the new work load, everything that feels not as familiar as before.

Your family settle into their new schools, new friends, new home and that initial excitement of the unknown starts to settle over everyone.  Then one day a family member falls ill, you need to find a doctor fast and you need to find someone who has the know how to help you out.  This is when you start to experience that little twinge of the unknown, the unfamiliar, the nervousness returns and that feeling of wanting the familiarity of home becomes the strongest.

Missing home comes in all shapes and sizes, it just depends on what you are experiencing at that specific moment.  The family doctor that has your child's history from when they were born and would know what to do with her immediately.  Your Mom or Dad, Sister or Brother, your best friend who you spend Christmas, birthdays, Easter, anniversaries or holiday's with. The emotional tags that make you who you are.

The grocery store down the road that has your specific brand of cereal.  The local cinema, mall, clothing brand, toothpaste, what do you miss from home?

For me it is family, friends and the things that I am accustomed to, which doctor or dentist to go to, which social club suites my needs, my restaurants, my old very familiar life.

These emotions can waiver depending on the situation, mostly we as expats are constant.  The decision to leave our comfort zone was informed and mutually agreed upon, so often we need to consider those moments when we are at our lowest and missing home the most and reassess why the decision to become an expat was made.  Then spur ourselves on to incorporate a few home essentials into our daily lives.  A call to the person we are missing, a call to our local doctor for some advice, a trip down the road to that friend that may have good advice on how to handle the situation or which doctor would be the wisest choice.

I am not suggesting that the feeling of missing home will dissolve never to be reignited again, but it may just help hat little bit to make it more bearable.

Denise is an Expat, Mom, Wife and Marketing Manager at  http://www.xpatulator.com/ a website that provides cost of living index information and calculates what you need to earn in a different location to compensate for cost of living, hardship, and exchange rate differences. The complete cost of living rank for all 300 locations for all 13 baskets is available here.
Posted by Internal Cost of Living at 10:24 AM No comments:

A festival feast for you....from Italy with love 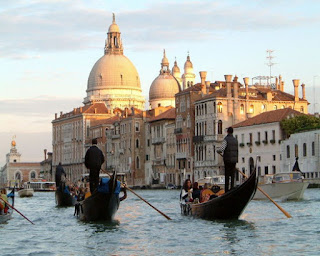 A couple of years ago when I was still one of those nameless employees in a big corporate, a colleague of mine made a decision to take a sabbatical. He had just turned 30 (not sure what 40 was going to be like for him) and was having a mid life crisis, a marriage crisis and a career crisis.  In his search for something better, a break from the mundane of life he sort out Italy as a retreat and with that a festival to entice him to just the right little Italian Village.  If I remember correctly, it was the Palio of Siena, it has an exciting horse race which is run in Siena's fan-shaped main square, Piazza del Campo or Il Campo.  It is one of the most popular and well-known historic festivals in Italy.  It was a festival to be cherished, it brought him out of his crisis, and it was a story to be retold for years to come.

As an expat you have the most incredible opportunity to base your holidays around these wonderful festivals around the world. You too could be my colleague, but every summer while you are away could be his Italy.

Here are some more Festivals to turn green over in Italy: 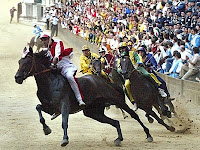 These are just some of the top Festivals that Italy offers, as an expat it is worth looking at experiencing not only the wonderful travel experiences that are on offer, but also the wonderful cultural festivals.

What festivals have you been to and which ones do you consider the best?


Denise is an Expat, Mom, Wife and Marketing Manager at  http://www.xpatulator.com/ a website that provides cost of living index information and calculates what you need to earn in a different location to compensate for cost of living, hardship, and exchange rate differences. The complete cost of living rank for all 300 locations for all 13 baskets is available here.
Posted by Internal Cost of Living at 3:51 AM No comments:

Bangladesh can be found in Southern Asia, it is bordered on the west, north and east by India and the southeast by Burma (Myanmar). On the south there is an exceedingly uneven deltaic which is fissured by many rivers and streams which flows into the Bay of Bengal.

The Climate here is tropical with mild winters (October to March); and hot, humid summers (March to June).  Bangladesh has a tropical monsoon climate characterized by high humidity, variations in rainfall and high temperatures (June to October).  Dhaka has a hot, wet and humid tropical climate, with a monsoon season.  Average annual temperatures are logged at 27.5 °C (81.5 °F), monthly means varying between 19.5 °C (67 °F) in January and 32 °C (90 °F) in April.  87% of the annual average rainfall is logged between May to October this measures up to 2,121 millimeters (83.5 in).

Public health and the quality of city life are negatively affected by the increasing air and water pollution caused largely by the traffic congestion and industrial waste.  Coupled with this pollution, is the erosion of the natural habitats which threatens to destroy much of the regional biodiversity.

The Bangladesh terrain is mostly flat alluvial plains and is hilly in the southeast.


Dhaka is the capital of Bangladesh and the principal city of Dhaka District.

Dhaka consists of tropical vegetation and moist soils, which are flat and close to sea level. This results in Dhaka being susceptible to flooding when the monsoon season arrives owing to heavy rainfall and cyclones, and its’ location on the Eastern banks of the Buriganga River.  The city also lies on the lower reaches of the Ganges Delta.

Bangladesh is a developing nation despite continuous domestic and international efforts to improve its economic and demographic prospects.  Bangladesh grows a significant amount of rice (chal), tea (Cha) and mustard. Although two-thirds of the population are farmers, more than three quarters of the export earnings come from the garment industry. A large portion of foreign currency earnings is from  remittances sent by expatriates living in other countries.

Dhaka is the commercial heart of Bangladesh.  There are a large number of migrant workers, which results in a large segment of the population being employed as hawkers, peddlers, small shops, rickshaw transport, roadside vendors and stalls.  The textile industry employs approximately 800,000 workers while half of the workforce is employed in household and unorganized labor. Its’ growing middle class population is driving the market for modern consumer and luxury goods. Even with all this work, unemployment remains high at 19%.

The Cost of Living in Dhaka:

The overall weighted cost of living difference between India, Mumbai and Bangladesh, Dhaka is -26.96%.

The following arbitrage exchange rate was used as the basis of the Xpatulator calculation. (This exchange rate is updated quarterly):

Applying the cost of living difference based on what will be paid from salary, together with the hardship difference, and arbitrage exchange rate, the Xpatulator calculation is as follows:
This means, based on all the above factors, that a person would require a salary of 9,331,315.64 Bangladeshi Taka (BDT ) in Bangladesh, Dhaka to have the same standard of living as currently enjoyed in India, Mumbai on a salary of 7,245,300.00 Indian Rupee (INR ). This salary compensates for the overall cost of living difference of - 26.9624%, the hardship difference of 10%, and the exchange rate.

Steven is Chief Instigator at http://www.xpatulator.com a website that provides cost of living index information and calculates what you need to earn in a different location to compensate for cost of living, hardship, and exchange rate differences. You can use the Salary Purchasing Power Parity (SPPP) calculator to produce a similar report to the example of Baku and Riyadh, using your own locations. The complete cost of living rank for all 300 locations for all 13 baskets is available here
Posted by Internal Cost of Living at 3:58 AM No comments:

Azerbaijan is in South Western Asia, bordering the Caspian Sea, between Iran and Russia, with a small European portion north of the Caucasus range.

The economy of Azerbaijan has largely completed its post-Soviet transition into a major oil based economy with the completion of the Baku-Tbilisi-Ceyhan Pipeline.

Comparing the cost of living in Baku basket by basket with Riyadh, Saudi Arabia, shows that in Baku.....more
Posted by Internal Cost of Living at 10:31 PM No comments:

Before you go on an international assignment read this 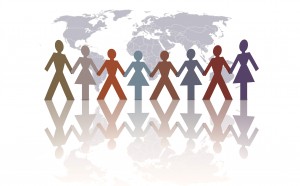 The opportunity to get international experience can accelerate your career, but you should do your homework thoroughly before committing. With the shift in economic strength shifting eastward, the number of people taking international assignments is growing.

From a career perspective, the right kind of international experience is an advantage for top level executive positions. However the wrong kind of international experience can hinder your career. Are you going to be exposed to the latest technology/best practices? Is the organization held in high regard? Will the assignment look good on your CV a few years from now? Can you use this opportunity to make your mark?

Read more
Posted by Internal Cost of Living at 1:22 AM No comments: