The most expensive city to live in the world... 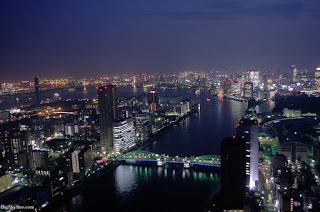 Tokyo, Japan is rated as one of the most expensive places to live in the world.  It is a city that moves at a well oiled pace, with the energy of New York City and an obsession with newness, it silently throws out unexpected glimpses of its traditional side which are not immediately apparent. Somehow the intertwining of the time-honored old and the techno sparkling new just works.

It is not surprising that the world's most expensive land can be found in Central Tokyo with the result that the smallest apartment in Tokyo will cost you a small fortune. However, if you choose to live outside of the city, the surrounding suburbs are very affordable and even with the commuting costs it is a much cheaper option. If you want to live in the city, Gaiijin housing (Guest housing) is a much cheaper option for foreigners.

Utilities such as gas, water and especially electricity are extremely costly while phone rates are so high it is better to take the option of internet phones or callbacks. 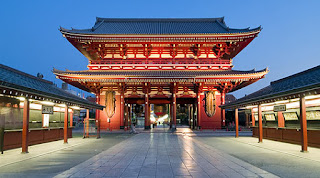 Food itself is not expensive at the local supermarkets, if you choose to eat Japanese food such as seasonal vegetables, rice, soya products and seafood.  However if you want to eat food from your own country your bill will go up immensely, as these are imported at a high cost.  As a tip, visit the supermarkets just before closing time and you will be able to purchase perishable products at great discounts.


There are countless down the road restaurants where the food is plentiful and fairly cheap, but if you are looking for something more upmarket you will pay a small fortune. Supermarket clothing stores are very cheap, while larger sizes for those that are 180cm or taller may be mission impossible. Department stores and boutiques are much more expensive.


Trains are the main form of transportation, especially when living outside of the city center,  passes for unlimited travel are easy to purchase.  Owning a car is extremely expensive this is mainly due to the mandatory bi-annual inspections, mandatory insurance, an automobile tax and the fee for a parking space. To purchase a car is in comparison inexpensive.


On the up side, electronic goods, such as TVs, stereo sets, cameras and computers are relatively inexpensive.


It is important to know what your cost of living is going to be when moving from your base city to a new location. Will you be able to afford the same standard of living you are experiencing at the moment, will life get better or worse. Consider checking out the cost of living for your new location here.


If you are moving to or considering moving to Tokyo, becoming an expat may be an adventure or a curse.  I have gathered a few expat blogs together that may be interesting reads and helpful:


Benoa's Blog : A Pictorial of Japan and Asia
I am a very visual person and love this blog filled with some thrilling photos and videos, each telling a story of its own about life in Japan.


Rurousha : Nomad or Wanderer.  A wandering South African who has found a home in Japan, and thinks it is the best place to be. A versatile blog for interesting places, advice and reviews on just about everything.


Origami Living : Another expat Mom in another expat city helping out with her adventurous stories


Tokyo Play : An Australian in Toyko who is passionate about discovering new places and tasting amazing food. You will love the in-depth reviews and colorful photos of the amazing restaurants you can visit.


Tune in Tokyo : 1999 saw a guy from Florida move to Japan and never leave. The content is related to tattoos, photography, mixed martial arts and food.


To ward off boredom : This one is for you if you are young and want to know what is happening.


Consider chatting to bloggers, it is always helpful to gather as much information as you can before you move anywhere.


Relocation companies are an excellent way to get to know the city, the best schools, shopping centers, clubs, restaurants, where to go and what to do!

For all your cost of living information go to Xpatulator.com


Posted by Internal Cost of Living at 8:53 PM No comments:

We have two fairly positive economics indicators to get 2012 of to a good start. China's economic growth in 2011 was healthier than expected. UK inflation fell in December.

China’s economy expanded by 9.2 percent last year, slowing from 2010. Global turbulence and efforts to tame high inflation slowed the growth rate. However the still healthy 9.2% growth suggests China’s economy will avoid a slump. The rate is down from 10.4 percent growth in 2010

Factory output rose 13.9 percent for 2011, lower than in 2010 mainly due to reduced demand from export markets.

Consumer price inflation fell to 4.2 percent last month from 4.8 percent in November. The drop confirms the trend in the decline of inflation from its three-year peak of 5.2 percent in September.

It was the sharpest drop in the annual rate since April 2009, when the economy was deep in recession.

Inflation is still well above the BoE’s 2 percent target, but the central bank forecasts that it will be below this by the end of 2012, as economic weakness weighs on prices and the effect of last year’s rises in sales tax and energy prices fade.

Is this a positive sign for Britons feeling the pain from a government austerity drive, unemployment at a 17-year high and below-inflation wage rises for most workers?

Posted by Internal Cost of Living at 2:56 AM No comments:

If you are relocating overseas one significant factor you will come across will be your foreign currency exchange transfer from the country you are leaving to the one you are leaving for.

Over the past decade foreign currency exchange providers have become a more preferred choice for people to move their money as they provide far better rates of exchange than banks and more often than not a far better level of knowledge and service.

Xpatulator works in partnership with one of the UK’s leading foreign exchange brokers TorFX. They provide an award winning service and are strictly regulated by the FSA so they provide a secure and safe way of getting your money from A to B.

For lump sum transfers, the purchase of a property, school fees or transferring money back home they can save you on average up to 3% against the high street banks and they don’t levy any any charges or transfer fees unlike a bank.

See below, if you were looking to move £100,000 from the UK into any other the currencies in another country and what you would get in return for your money with TorFX against the banks.

*TorFX can assist in transfers of all sizes with small regular payments starting from just £500 per month.

*In 2008 and 2010 they were recognised in The Sunday Times as the UK’s fastest growing financial service provider.

Posted by Internal Cost of Living at 10:25 AM No comments:

Cost of Living in Kabul Afghanistan compared to Harare Zimbabwe

The economy of Zimbabwe has reserves of metallurgical-grade chromite and commercial mineral deposits include coal, asbestos, copper, nickel, diamonds, gold, platinum and iron ore. However internal upheaval, population displacement, poverty, 94% unemployment and years of hyperinflation have negatively impacted the economy. The Zimbabwe dollar was abandoned in April 2009 when the US Dollar became legal tender, there is some evidence to suggest that this has helped slow the economic decline somewhat, however extreme hardship persists for majority of citizens.

Posted by Internal Cost of Living at 8:06 AM No comments:

The cost of living outlook in 2012 for America, the Euro countries and Britain looks poor. People are struggling to survive with the burden of their debts and government debt may yet claim more victims. The best hope lies with bringing outsourced jobs back and increasing export demand, but there is little sign that this will happen in 2012.

Expatriate prospects look better in the East for now, in countries such as Malaysia, India, China, Singapore, Japan, the UAE and Qatar. Analysis of expatriate movements in the last quarter of 2011 based on the number of times a country was selected as a home country (i.e. the country expatriates were leaving) in the Xpatulator.com calculators during the last quarter of 2011, reveals that 37% of expatriates were sent out from the USA, followed by the The Netherlands, the UK, Canada, Australia, Portugal, South Africa, France and Germany with New Zealand in tenth place. Where did they go? According to the reports run, the 10 most popular expatriate host countries (i.e. the countries expatriates were going to) were China (15%), followed by Brazil, the United Kingdom, Singapore, South Africa, Switzerland, Spain, the USA and the United Arab Emirates, with Malaysia in tenth place. The data indicates that there are far more host countries than home countries. This would indicate that there are still a relatively small number of home countries sending expatriates to a wide selection of host countries around the world.

In 2012 we expect continued volatility in global exchange rates. The British Pound is likely to fall further against the US Dollar in 2012, in part because of the fall in the Euro, but also because the US Dollar rises against other currencies when the world is in turmoil.

The most certain trend in 2012 is uncertainty. In the USA political polarization may lead to a political impasse that will leave the government without a budget for essential federal functions and without the borrowing capacity to fund normal operations. In Europe there is uncertainty about bold policy action and coordination within and among the European Union member countries. 2012 will witness a widening gap between the preferences of the lending economies and the needs of the countries with large debt and limited options. In China the uncertainty is that it may not have all the tools to achieve its goals, is likely to be on a slower growth trajectory, and the emergence of the next generation of leadership.

The cost of living data collected is representative of an expatriate lifestyle. The components of cost of living are mainly prices, inflation and exchange rates. Prices in each location are affected by availability (i.e. supply & demand) as well as local pricing regulations and taxes on goods and services (e.g. premiums on luxury brands). Local inflation is usually representative of local price increases which in turn impacts an expatriates purchasing power in the host country. The exchange rate impacts both the price of imports to the host country and the expatriate assignment salary calculation between the home and host country. The cost of living has a significant impact on the purchasing power of an expatriate’s salary package.

If your location is not listed above, you can see the full list here.

Some of the recent enhancements to the Xpatulator.com calculators are:
-You can now select locations by first selecting the country and then selecting the area within the country.
-The database has been expanded from 300 to 950 global locations giving you a wider selection of both home and host locations.
-We have expanded payment options to include direct transfer for clients for whom credit card payment is not an option (Select the "Pricing" menu for details).

You will be pleased to know that we will not be increasing our prices this year. The price per report has remained USD$99 since 2008.

Founded in 2007, Xpatulator.com’s mission is to organize the world’s cost of living indices, exchange rates and relative hardship indices and make it accessible and useful to all.

Read our Blog Expatriate Pay
Follow us on Twitter Xpatulator
Posted by Internal Cost of Living at 9:54 AM No comments: