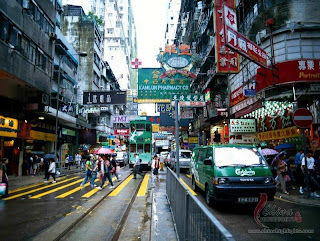 It is not surprising that Hong Kong is sitting at the top of the list of most expensive places to live in the world.  Why?  While Hong Kong used to be a major manufacturing centre before WWII this only contributed towards 9% of the countries GDP, today 90% of this comes from the service sector. Hong Kong has one of the world’s largest financial hubs, as well as an important trade and cultural hub. It is considered as one of the Four Asian Tigers in terms of its rapid industrialisation and impressive growth rates. The Hong Kong dollar is also linked to the US Dollar, ensuring its strength even in the economic crisis of today, with the Hong Kong Stock Exchange ranked at 6th in the World.

In 1997 Hong Kong rejoined main land China, which resulted in it becoming more international, and a popular holiday destination.  As a former British Colony, Hong Kong has always been fashionable with expats from Europe with its high standard of living and low tax rates resulting in an approximately 100, 000 expat community.

Expats however, will find most things are more expensive here than in their home country, especially if trying to maintain the same standard of living as experienced back at home.  Hong Kong is ranked as the most expensive place to live in the world according to Xpatutualor.com’s latest cost of living rankings for July 2012.

Choice varies enormously, where on average a single-bedroom apartment of 500 sq ft in Happy Valley will cost you around $2 000, or for the same amount you can have a 3 bedroom village house in the New Territories. If budget is a concern, many expats live in communities such as Discovery Bay on Lantau Island, rather than living on Hong Kong Island. Even further out in the Mui Wo, Sai Kung or Cleanwater Bay prices are even lower, but you must be prepared to commute to work. These communities do have fully formed communities, which include schools. Only the wealthiest people get to live in the luxurious hilltop village which overlooks the China Sea.

The state also relies heavily on imported goods and products from Mainland China and other nations. Imported meat products, canned foods and fresh fruit and vegetables are very expensive and can cost twice as much in comparison to other Asian countries. Beverages such as wines, beers, tea, coffee and water, are all imported, making them expensive to purchase. Imports from China are however relatively less expensive than those from other Western countries.  There are a number of supermarket chains in Hong Kong these include Wellcome and ParknShop.  There are also Westernised supermarkets such as ParknShop International, where expats can find most products from their home countries, but be prepared to pay double or triple for the most basic item. The best advice is to find local wet markets where low cost produce and goods are available, and buy fresh fruit and vegetables once or twice a week to ensure quality and freshness.

Restaurants abound in the city and are roughly divided into East and West Style cuisine. The Western style restaurants are regarded as international and are therefore much pricier.  To experience true bargains and the local eastern cuisine, go to one of the many tiny noodle bars, where you can get a dish for $3, while at the larger Cantonese style restaurants meals go for $10 a head.
Tea shops are easily recognisable by their huge shining brass kettles and supply piping hot or cold drinks for only $2. Alcohol at local shops is significantly lower than in cities such as Singapore, New York and London, however will be twice as expensive in the international hotels and trendy bars.

Transportation in Hong Kong is reliable, with Taxi’s and MRTs (Trains) being the most used mode of transport. Taxi’s have a starting price of $2.50 and have a quirky colour code system – Red will mostly take you to Hong Kong Island and Kowloon areas, Green only serve New Territories and Blue run exclusively to Lantau which includes the airport and Disneyland. The MRTs cost between $0.30 and $3 per journey, while a ferry shuttle across the complex of Hong Kong Islands can be as cheap as $0.15. An Octopus Card, which covers all public transport, will help you save any more on transport costs and allow you to easily manage without a car.

Clothing is enjoyably affordable, as most wares such as clothes, footwear, cosmetics and accessories come from Mainland China and can be found in the local flea and night markets in the downtown areas. Jewelry, gadgets and electronics are also cheap but the quality is questionable.  Labels and brands abound in the Kowloon district shops and malls, where designer wares are popular as the styles and patterns are very much updated with British standards.

Healthcare is also given importance, medical and rehabilitation services are not subsidized and medical insurance is recommended.

There are a number of notable schools in Hong Kong, including ESF schools, American, Japanese, Chinese, German, and Canadian International Schools of which many are affiliated with British Universities. http://en.wikipedia.org/wiki/List_of_international_schools_in_Hong_Kong

The best way for most expatriates to keep costs low is to adopt a local attitude and live as the locals do. Look for bargains, buy from local shops, go to local restaurants and live a local lifestyle.

Denise is an Expat and Marketing Manager at  http://www.xpatulator.com/ a website that provides cost of living index information and calculates what you need to earn in a different location to compensate for cost of living, hardship, and exchange rate differences. The complete cost of living rank for all 13 baskets is available here.

Posted by Internal Cost of Living at 1:52 AM