How Expensive Is The Middle East in October 2012? 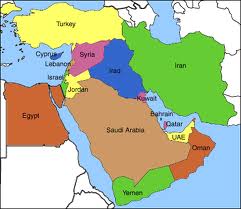 Doha is the most expensive city in the Middle East mainly because it is a relatively small centrally controlled economy undergoing rapid growth with large scale infrastructure projects. More than 80% of expatriates in Qatar live in Doha. With a limited number of suppliers of goods and services to the country, when a shortage is experienced in one store, it is usually an indication that all stores will be out of stock. Most goods and services are imported at great cost. Added to the fact that salaries are reputedly the highest in the region (Nationals received a 60% salary hike in September 2011), the cost of living in Doha has increased relative to other cities in the region.

Particularly expensive in Doha are the following basket groups, alcohol, communication, furniture & appliances, housing, and meals out. Alcohol for home consumption, is available for those with a liquor permit, from one shop supplying the country. A midrange bottle of wine is approximately $24, beer ranges from $2.50 to $4.50 for a premium beer. A monthly standard plan internet subscription (4 Mbs) is $113, while the benchmark mobile tariff is $0.13 per minute. A a Blu-ray player averages $145, and you will pay around $1,436 for a 46 inch LED HD TV. While housing has become more affordable since the shortages a few years ago, the benchmark rental for a secure upmarket unfurnished apartment (3 bedrooms) is $4,448 in a central location, and $2,891 in a suburban location, per month, excluding utilities.  Meals out in hotels is very expensive, but as in most cities more reasonable priced options can be found outside of the hotels and malls. Fuel is very cheap at just under $0.28 per litre, and vehicle prices are reasonable compared to
most other parts of the world.

To provide an assignee, sent from a low cost of living country to a more expensive country, with a similar purchasing power to what they have in their home country, requires an adjustment to their assignment salary.  The amount of adjustment depends on which country they come from. The larger the difference in cost of living, the larger the adjustment required to ensure a similar level of purchasing power in the host country.

The Top 10 overall Cost of Living Rankings in the Middle East by city:

Xpatulator.com Head of Client and Marketing Services Denise McManus comments that: “The Middle East is not as expensive in global terms compared to a few years ago.  Inflation in the region is generally low, and in Qatar and the UAE in particular there are more choices in terms of accommodation and schooling. The current situation may change in Qatar as the major projects related to the 2022 FIFA World Cup kick-off and the number of expatriates in Qatar increases dramatically over the next few years.”

New York City is used as the base for the cost of living index rankings and the US dollar is used as the base currency. The cost of living data collected is representative of an expatriate lifestyle, where the local prices for fixed quantities of the same good and services at or near each location, and US dollar exchange rates are used.  Prices in each location are affected by availability (i.e. supply and demand) as well as local pricing regulations and taxes on goods and services (e.g. premiums on luxury goods).  Local inflation is usually representative of local price increases, which in turn impacts an expatriates purchasing power in the host country.  The exchange rate impacts both the price of imports to the host country and the expatriate assignment salary calculation between the home and the host country.  The cost of living has a significant impact on the purchasing power of an expatriate’s salary package.

To get the full cost of  living rank listing for the Middle East go here.
Posted by McClan Moments at 12:44 AM