Which Cities Are the Most Expensive to Live in for Expats in Africa - October 2014? 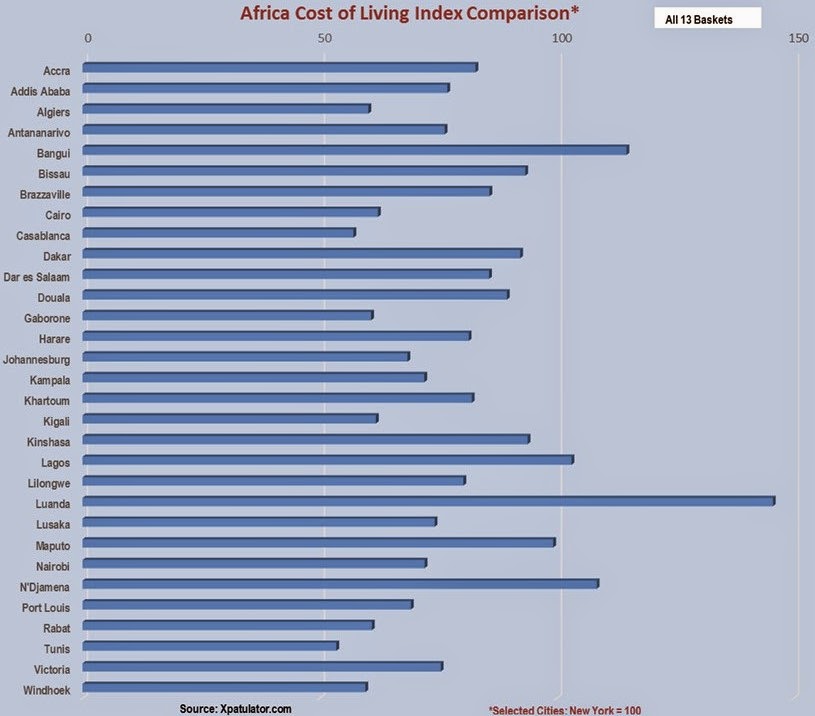 This article may be freely copied as long as reference is made to http://www.xpatulator.com/
Posted by McClan Moments at 11:11 PM