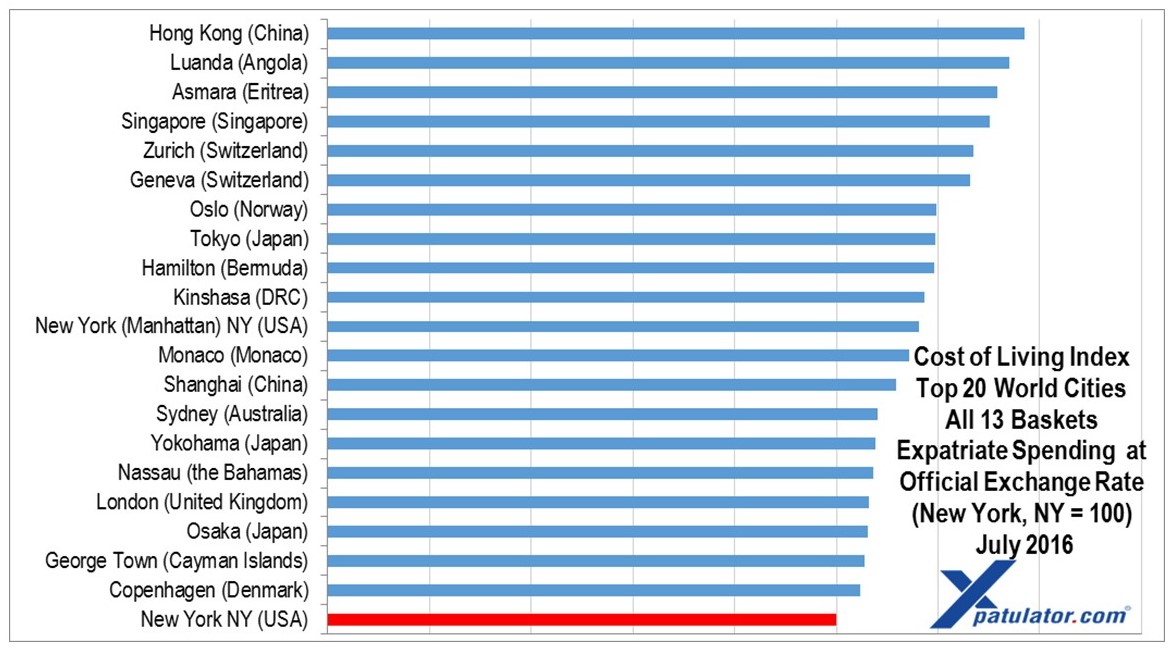 The top ten most expensive cities in the world comprise three from Asia-Pacific (Hong Kong (1); Singapore (4); Tokyo (8)), three from Africa (Luanda (2); Asmara (3); Kinshasa (10)), three from Europe (Zurich (5); Geneva (6); Oslo(7)), and one from America (Hamilton(9)). In Hong Kong the very high cost of housing and healthcare, as well as the strong Hong Kong dollar which is fixed against the US Dollar, are the main reasons for it being the world's most expensive city. As opposed to Hong Kong, everything in Luanda is expensive as almost all international standard goods and services are imported. Asmara in Eritrea is the third most expensive city in the world for Expatriate’s to live. There are however very few Expatriate’s in Asmara, a city of around 649,000 people in a country of approximately 6 million.
http://www.xpatulator.com/cost-of-living-article/International-City-Cost-of-Living-2016-for-Expatriate-Professional-Migrants_688.cfm
Posted by Internal Cost of Living at 6:48 AM