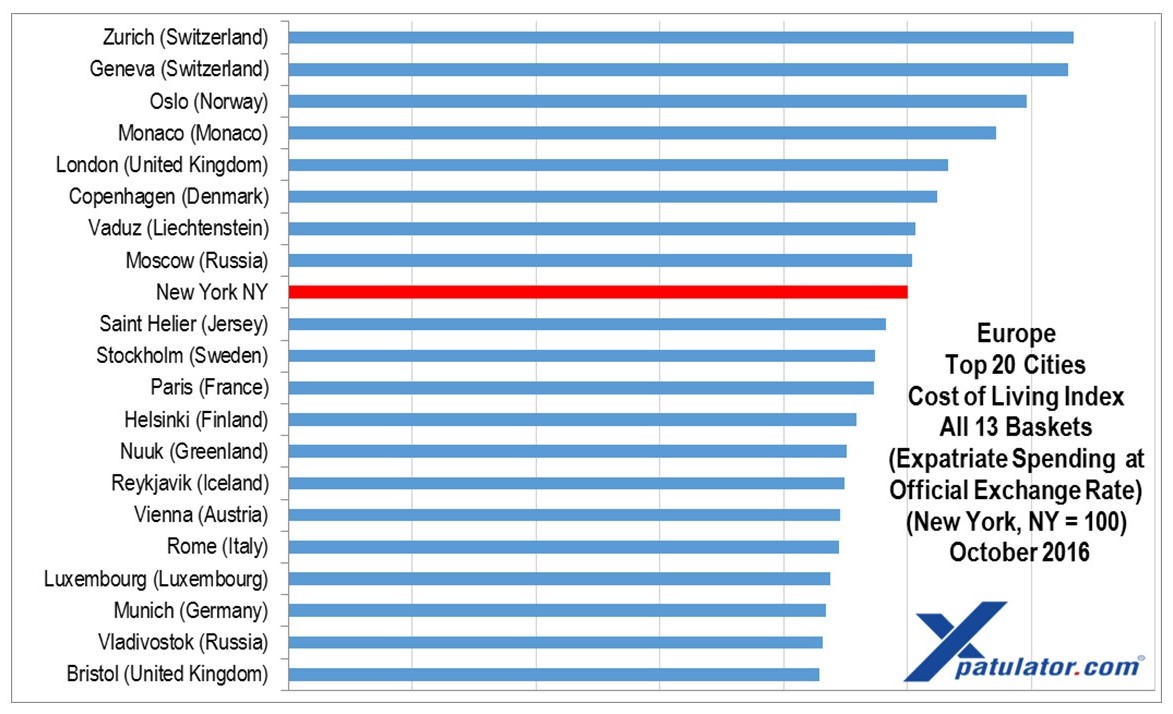 Zurich and Geneva are ranked as the first and second most expensive expat cities in Europe and the 6th and 7th most expensive cities in the world for expatriates. This is due primarily to the strong Swiss Franc as well as due to high rentals and institutionalized high wages. Despite the fact that there have been moderate price increases in most of Europe, the Euro has weakened against the US Dollar which has resulted in lower USD prices, pushing Euro cities down in the global ranking.
http://www.xpatulator.com/cost-of-living-article/Europe-Expat-Cost-of-Living-Comparison_708.cfm
Posted by Internal Cost of Living at 8:18 PM