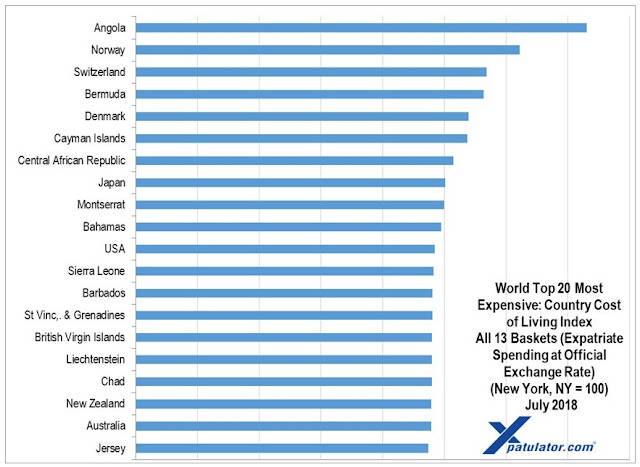 Angola is the most expensive country in the world for expatriate professional migrants mainly because almost all international standard goods and services have to be imported, as a result there are price premiums due to demand constantly exceeding supply.

Norway has long been very expensive and interestingly is the only oil-producing country with high gas prices. High levels of taxation are applied to convince Norwegians to keep their cars at home and use public transportation instead. Almost everything in Norway is expensive compared to other countries.

Posted by Internal Cost of Living at 6:35 AM