Expatriate Cost of Living in 2021

Singapore is the most expensive city in the world for Expatriate’s to live, with an overall cost of living index of 139.78.

Hong Kong is the second expensive city for Expats in the world with an overall Cost of Living Index (COLI), for all 13 basket groups, of 138.95. 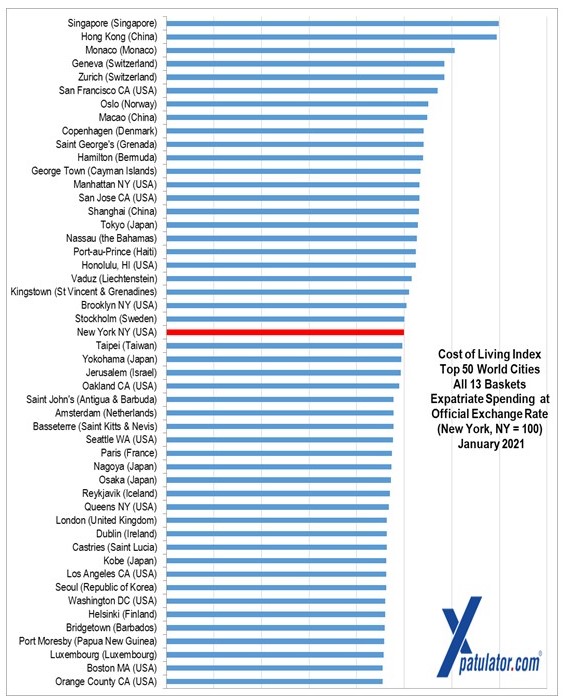 Overall African countries are some of the poorest and least developed in the world, with relatively low local cost of living expenses; however the cost of importing and transporting the international standard of goods that expatriates expect to purchase in the cities in this region makes it extremely expensive to maintain the lifestyle that they are used to. 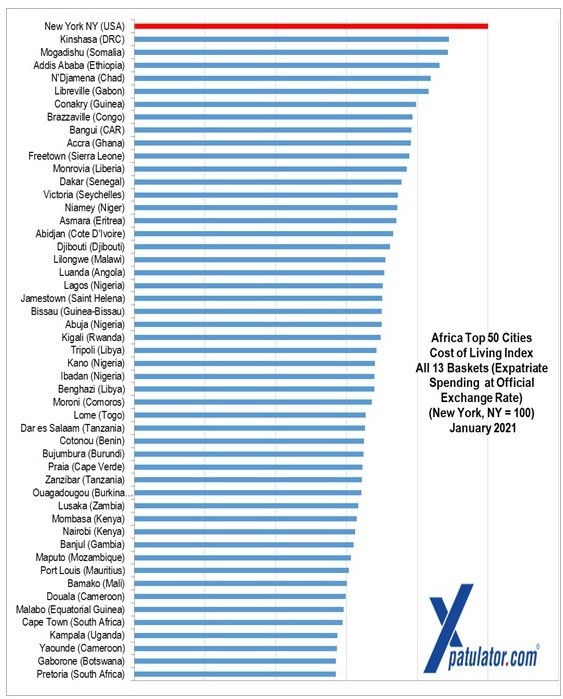 Overall American countries and cities are extremely diverse ranging from the most developed, wealthy, technologically advanced and urbanised, through to some of the poorest, least developed as well as remote locations in the world, with a corresponding wide range in the cost of living. The cost of living is very high in high density, popular locations where demand for limited space, goods and services (housing, transport, education etc) often exceeds supply such as in San Francisco, Manhattan and San Jose. However in the most remote as well as in the poorest, least developed locations, the cost of importing, transporting and providing the international standard of goods and services that expatriates demand, also make them extremely expensive locations to maintain the lifestyle that they are used to. 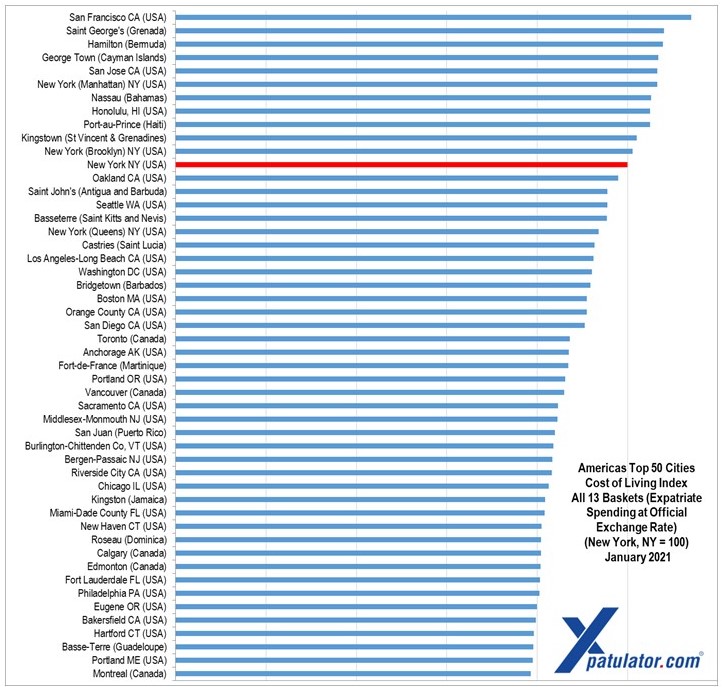 Asia Pacific has 2 of the 3 most expensive cities in the world. The cost of living for expats is particularly high in densely populated, popular wealthy locations where the demand for limited space, goods and services (housing, transport, education etc) exceeds supply such as Singapore and Hong Kong. 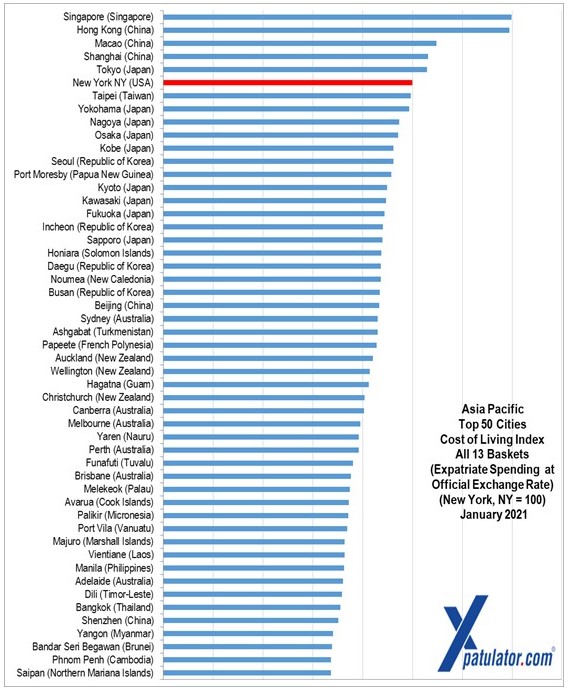 With a few exceptions, the most expensive cities in Europe are mostly the Non-Euro countries.

The euro is the second most traded currency in the world, managed by one central bank, the European Central Bank. The cost of living is generally more reasonable in the larger countries in Europe who use the euro as their currency. Their larger companies produce more at a lower cost, thus benefiting from economies of scale. They export their cheaper goods to the less-developed eurozone nations. Smaller companies in smaller European countries find it difficult to compete with relatively low prices. On the other hand the euro allows countries with weaker or smaller economies to enjoy lower interest rates because the euro isn't as risky to investors as a currency with less demand. Over the years, lower interest rates have led to more foreign investment. This has boosted the smaller nations' economies. 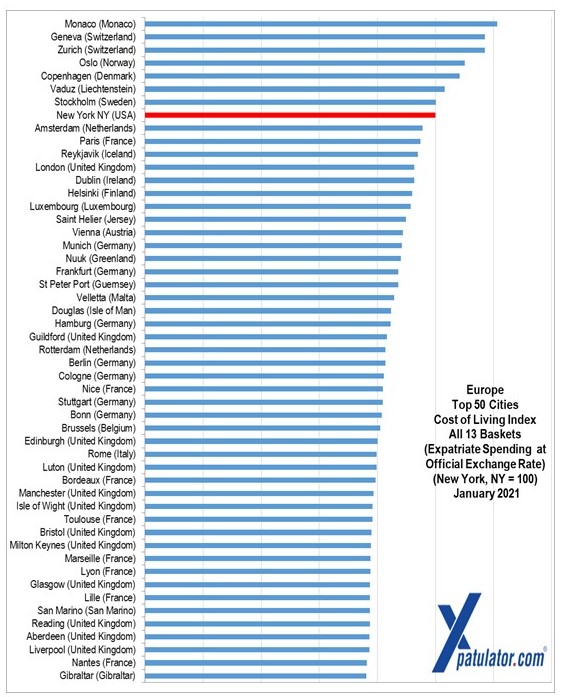 Overall Middle East countries have average local cost of living levels; however the cost of importing and transporting the international standard of goods that expatriates expect to purchase in the cities in this region can make it relatively expensive to maintain the lifestyle that they are used to. 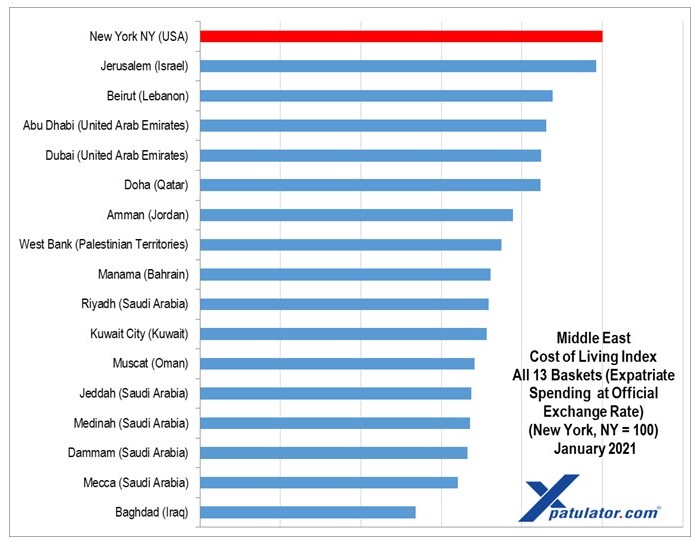 Posted by Internal Cost of Living at 10:42 PM No comments: